There is something about Vegas that lends itself to the atmospheric feel of a movie; from the smokiest backstreet poker room, to grandest casino lobby – both tension and excitement ebb and flow through every scene in ‘Sin City’ (the actual city…not Frank Miller’s film).

When it comes to choosing the most memorable scenes from the last 30 years, opinions will sway but, for very different reasons, these five stick in the memory… 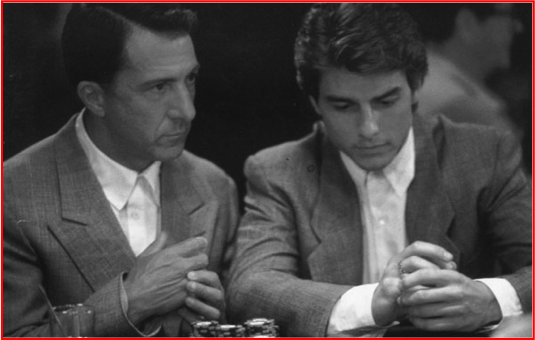 In the scene where Cruise (Charlie Babbitt), sits down at the blackjack table with Hoffman’s character (Raymond Babbitt), the audience is treated to a pivotal moment in the movie and it becomes clear Raymond can count cards with ridiculous precision.

It begins with that iconic image of the two brothers standing side by side on the escalator, wearing identical grey suits. At the table, Charlie becomes frustrated because Raymond keeps repeating ‘hit’ and receives a queen which Charlie needed…but Raymond insists there are plenty more in the deck and, trusting his brother, Charlie doubles-down. He wins.

This warming scene goes on to show the brothers cleaning up on the blackjack table and is one of the best for getting you in the mood for a game of 21. It’s always much more fun logging into your mobile casino straight after watching a scene like this – it kind of works in the same way Pacino’s speech from Any Given Sunday inspires a game of football.

4. Everybody wins from Ocean’s Thirteen 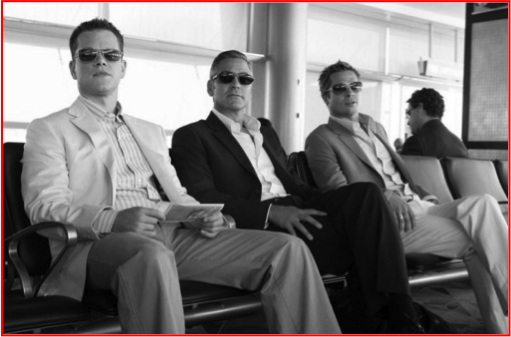 Rigged dice, calculated jackpot drops – the works. Ocean and his crew tip the odds away from the house, and everyone in the casino starts winning. Al Pacino, playing the bad guy, can only watch helplessly as the money floods from his casino’s opening night, into the hands of his punters.

This scene is one of many to choose from in the Ocean’s series but it stands out thanks to a slick bit of directing from Steven Soderbergh’s trilogy; the value of each win is displayed by floating text above each character’s head on the casino floor and the totals just keep tallying up.  It’s great to see the whole cast get involved here; Pitt, Clooney, Damon, Pacino – everybody gets a bit of screen time and adds to the memorability.

3. The hammer scene from Casino 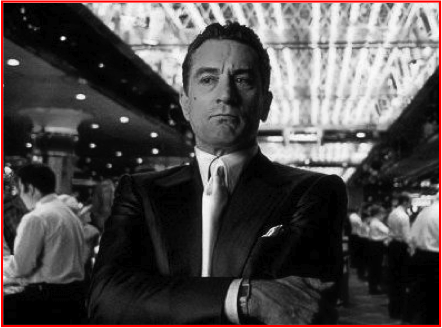 First he instructs his floor manager to zap the guy sending the signals, with some kind of cattle prod. In the backroom, De Niro says:

“I’m just curious. I saw you shuffling your checks with your right hand. Can you do that with both hands?”

As soon as the cheat confirms he can’t, De Niro’s associate crushes his hand with a hammer.

“Now you’re going to have to learn with your left.”

It’s a terrifying scene but shines a light on the darker side of Vegas and is difficult to forget once you’ve seen it. Cheats don’t win.

2. The vice scene from Casino 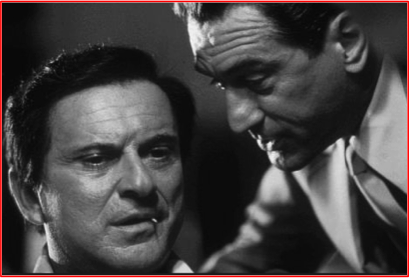 Joe Pesci, De Niro’s right-hand in Casino, crushes a guy’s head in a vice. That’s all you need to know about this scene to understand how sickeningly memorable it is. It’s known as the ‘pop eye’ scene for obvious reasons and is one of the most ‘gripping’ (sorry) 30 seconds a Vegas film has ever produced.

…best sticking to online slots to avoid hotheads like Joe Pesci’s character at the casino.

Rounders comes at the gambling scene from a slightly different perspective – underground poker in New York. So, it could be argued it doesn’t fit in this Vegas-themed list but never has a film mimicked the tension from a high-stakes poker hand so well…it has to be one of the best card scenes of all time.

Teddy KGB (John Malkovich) is depicted as indestructible throughout the movie, up until this point, when Matt Damon outmanoeuvres ‘The Russian’ to win enough to enter the World Series in Vegas.

Damon sits on 8/9 suited spades and Flops the straight (6, 7 and 10).  He checks. Malkovich’s character sees this as weakness and splashes the pot with $2k. Damon calls and, showing no fear, actually tells his opponent not to splash the pot.

It’s here when the dialogue really picks up and that tension starts to creep in. It’s exciting to know Damon has ‘the nuts’ at this point, but you still can’t help feeling nervous about how Teddy KGB is going to react.

A rag card comes out on the Turn (2 of clubs). Damon checks again and typically, The Russian splashes the pot again – this time with a pot bet of $4.4k. Damon calls. An Ace of spades comes out on the River and the two end up going all-in. Damon’s straight wins but you never really find out what Malkovich was holding. It’s still open for debate but that only makes this scene even more unforgettable.